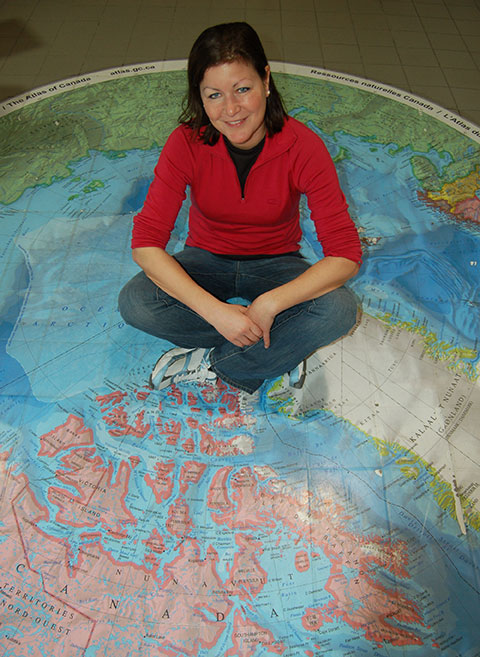 I am an award-winning investigative journalist who has reported globally on a variety of pressing human rights issues. Working as a one-woman band, I have documented life up close and personal in many of the world’s conflict zones and countries undergoing “transition” from Bosnia to Afghanistan.

My interests include: examining the roots of poverty in Arctic communities, human trafficking and nation-building challenges in the 21st century.

I am currently working on the following projects: The future of international peacekeeping in the 21st century and Canada’s contribution. I am also completing a feature on Kosovo and its nation-building challenges when it comes to lasting peace and reconciliation. Part of the story is why NATO peacekeepers, as part of the KFOR mission, are still on the ground.

Coming soon: Documentary on Arctic Sovereignty with exclusive behind-the- scenes footage aboard Canada’s largest icebreaker, the CCGS Louis S. St-Laurent, a polar scientific research vessel. The Arctic melt is happening faster than at any time in the planet’s history, with huge repercussions on the fragile Northern ecosystem and way of life.

I welcome collaboration with Aboriginal film-makers on future projects, especially Inuit journalists and filmmakers who are contributing to the Arctic “conversation.” I also invite academics and members of the scientific community to contact me.

Biographies. I am available to conduct and edit in-depth biographies, filmed or written.

Eastern Europe. I have worked in much of the Balkan region extensively during the wars in the former Yugoslavia (Croatia, Bosnia & Herzegovina and Kosovo) and have returned to the new post-conflict nations, when most of the world’s media left.

Croatia will become the 28th member of the European Union on July 1st, 2013. (Slovenia joined in 2004. ) I can provide research and consultancy on Croatia’s transition process.

Human rights. I can provide original research on many countries from Chechnya to Iran.

Peacekeeping. I have worked with (and continue to monitor the progress) of UN and NATO forces around the globe.

I am available for speaking engagements.