The Enigma of the Bosnian Pyramids

I was in a coffee shop in Sarajevo in 2007, when I first heard about the Bosnian pyramids, situated in the nearby town of Visoko. There were no pyramidologists in the area at the time.

I decided to investigate and went to Visoko. I made visual contact with some distinct triangular formations covered by grass and trees in the neighbourhood. I encountered enthusiastic volunteers in the tunnels connecting the various alleged pyramids. 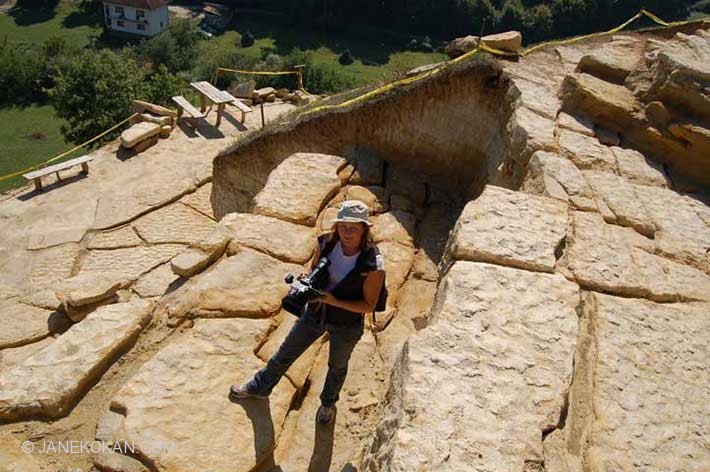 Pyramids in the Balkans? There was much scepticism in the archeological community about the authenticity of the pyramids at that time. Not to mention the fear of landmines in a country still recovering from a brutal ethnic war that lasted from 1992 to 1995. I took these pictures in 2007. Since then, there has been plenty more development on the excavation front.

I had the opportunity to visit the Egyptian pyramids on two occasions, but I am no archaeologist. The Bosnian formations are most definitely, different architecturally. But then again, the Mayan pyramids in parts of South America are certainly not mirror images of the Great Pyramids of Giza in Egypt. Also, different civilizations built these giant structures for diverse reasons: burial places, for worship, rituals, human sacrifice and more. 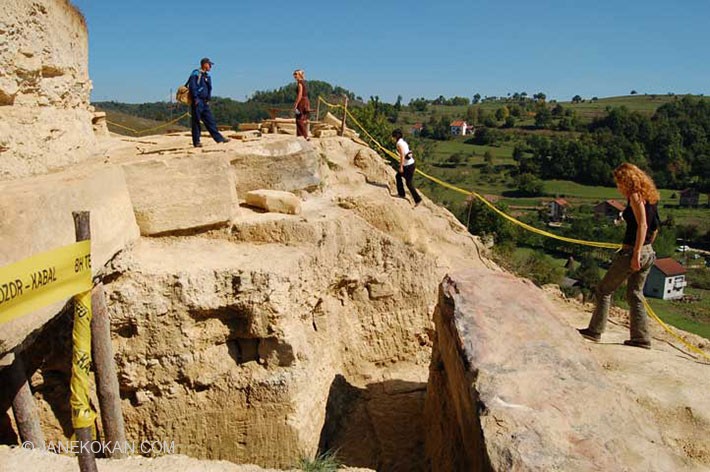 So are the Bosnian pyramids, the real deal, or one gigantic hoax? It depends on who you talk to. A split second google search of “Bosnian pyramids” spits out 807,000 results. There are many theories out there.

The individual who “discovered” these structures is Dr. Semir Osmanagic (PhD in Mayan studies) who has travelled much of the globe investigating pyramids. According to his personal website, he is an anthropology professor at the American University in Bosnia and Herzegovina and specializes in “Bosnian megalithic sites.”

Osmanagic has claimed that: “The organic materials found on the Sun Pyramid and biological analysis are telling us that the pyramids are older than 12,500 years old. The oldest on the planet.”

Could it be that Bosnian pyramids of the Sun, Love, the Moon and the Dragon are the newest archaeological celebrities on the planet?

The truth of the matter is that pyramid-mania has struck this small Balkan country. Bosnian pyramid tours are advertised internationally. Local businesses are cashing in; from meals served in triangle-shaped plates to wooden key-chains shaped as pyramids, and of course T-shirts boasting “I have a pyramid in my backyard.”

There is a callout for paying volunteers to work on the archaeological site in and around Visoko from June 2nd to September 22, 2013. The shifts are for two weeks, but if you catch the pyramid “bug” you can stay longer. However, wantabe archaeologists have to pay for their travel expenses and room and board. (These summer camps have been taking place since 2010.)

What about safety at the dig sites? According to the Archaelogial Park: Bosnian Pyramid of the Sun Foundation’s website: “All volunteers are insured in a case of injury during the work at the archaeological sites. Tools and safety equipment will be provided.”

And who knows, perhaps it could be an opportunity, to help unravel one of the greatest mysteries of Ancient Europe? Who built them and why? Were these pyramids man-made or are they in fact natural formations?