The story of the High Arctic exiles: A dark period in Canadian history – Part Three

In August 1953, Canadian federal government officials took 87 Inuit from Port Harrison, now known as Inukjuak, in northern Quebec and put them on a coast guard ship, which then departed for the High Arctic. One month and some 1,200 kilometres later, the group was divided in two and literally dumped on two remote and barren polar islands.

Some of these Inuit families, known as the High Arctic exiles, and their descendants can still be found living in Resolute Bay and Grise Fiord in Nunavut.  In the 1950’s these “relocated” Inuit were part of the federal government’s master plan to establish a Canadian presence in the High Arctic and assert its sovereignty. The distress caused by the relocations triggered major social problems in these Arctic communities.

Jane Kokan spoke to Paul Amagoalik of Resolute Bay, an Inuit hunter and firstborn son of two High Arctic exiles.  On August 24, 1953, Paul was born on the coast guard ship, the C.D. Howe, which transported the Inuit families from Inukjuak, to establish Resolute Bay and Grise Fiord.   Paul is the son of the late artist Simeonie Amagoalik who carved the stunning and haunting stone monument dedicated to the High Arctic exiles in Resolute Bay. Simeonie was born on May 1, 1933 in Inukjuak, and started carving when he was 14 years old. 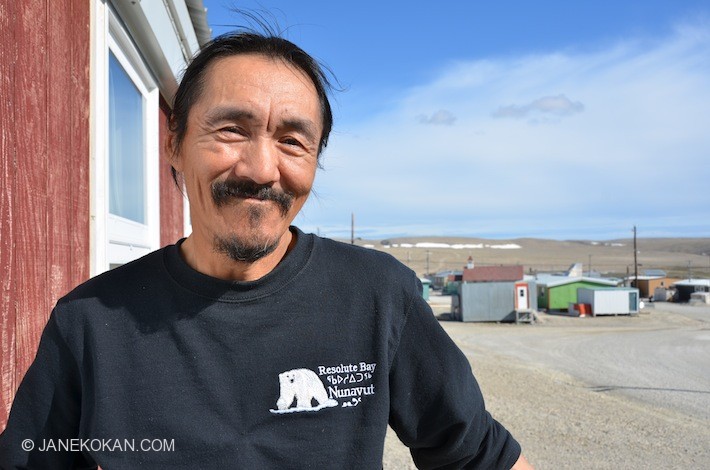 Question: So, you were born on an ice-strengthened Arctic Patrol Ship, the C.D. Howe?

PAUL AMAGOALIK:  I was born on the coast guard and medical ship, the C.D. Howe on August 24, 1953.  The federal government ship annually visited all of the communities in the Arctic and High Arctic to check on the health of the Inuit or the Eskimos as they were referred to at that time.  The purpose was to examine them and to also register them.

Question: How did your mother and father end up in Resolute Bay, which was a huge distance and change from their daily lives in northern Quebec?

PA: My parents were relocated to Resolute Bay in 1953 by the Canadian government.  Canadian officials told them that they had to stay in Resolute for two years, and after that, if they didn’t like it, that they could return to Inukjuak. My parents were promised a better future along with several other Inuit families from northern Quebec.

Question: Why were your parent’s “chosen”?

Question: And was it?

PA: It could have been, if they were more prepared and better supplied. Yes, my parents faced hardships in the early years.  They found it hard to exist in an unfamiliar, frozen land with few of the foods they were used to.  In Inukjuak they had eaten seal, fowl, sea urchins, fish and berries, but in Resolute Bay it was more difficult.

Question: When did you realize that you parents came from an entirely different “world”?

PA:  I started realizing that my parents were from a different “country” when they started talking about things they used to do in northern Quebec.  What they missed the most was their friends, their families, the plants, the animals, the sea mammals, the caribou and the countryside.  They had all that down there.  But, up here in the High Arctic in the early days, there was nothing for them except Muskox, which was prohibited for them to hunt at that time.  They had to travel long distances just to catch one caribou up here. And don’t forget we are living on an island, and we have to wait for the freeze up before we can go to other islands.

Question: Did anyone from the original families from northern Quebec that were relocated to Resolute Bay die of starvation?

PA: Almost. Most definitely.  They were malnourished.  But the Inuit originally from northern Quebec quickly developed the ability to catch seal, polar bear, beluga, narwhal and fox.  In the first couple of years, they didn’t have snowmobiles or boats.  They only had the dog teams.  And they had to wait until there was enough snow on the ground and ice on the water in order to take out the dog team.

Question: How did your parents deal with the round-the-clock 24-hour darkness in the winter, and the 24-hour sunlight during summer?

PA: I admit, it was very hard living in the dark in the winter time when I was growing up – until my parents starting explaining to me, that where they used to live before in northern Quebec – that were was both daylight and night in the winter.  The long days during summer and the long nights during winter is what shocked my parents.  And the extreme cold and the lack of resources.

The first ten years were the hardest for them as they were just on their own, and did not know what was going to happen to them. They just survived and tried to prosper.  Besides, where else could they go?  They were stuck here and lied to. 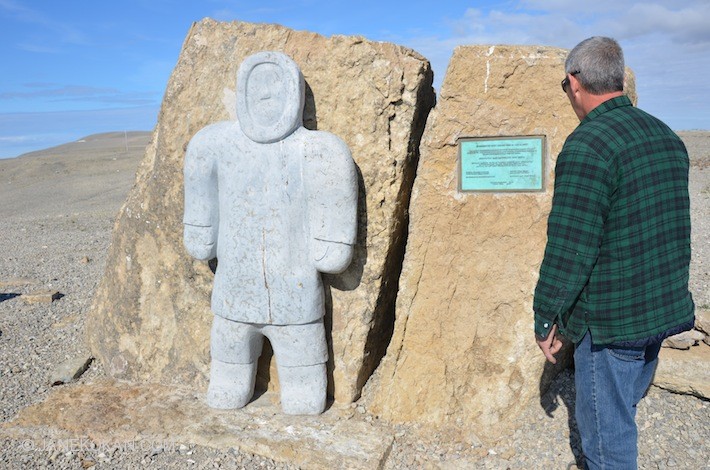 Question:  In their final days, how did your parents feel about living in the High Arctic and abandoning their previous home in northern Quebec?

PA: My parents were content to be living here at the time they died.  They worked extremely hard, became proficient hunters, and in the end, they became well established.  My mother and father survived in one of the most inhospitable parts of the planet.

Question: Tell me more about the Arctic Exiles monument in Resolute Bay that your father carved?

PA:  The memorial for the Arctic Exiles wasn’t put up by the federal government.   It was put by Nunavut Tunngavik Inc., the Inuit land-claims organization, that wanted to honour and recognize the High Arctic exiles. Although the [Canadian] government apologized verbally, they have not put up any monument, yet.  Sure, they apologized, but I don’t know if they really knew what they were apologizing for.

Question:  Arctic resources are headline news these days.  Do you ever think there could be a “war” over Arctic riches?

PA:  If there is a chance of war over Arctic resources, I wouldn’t be surprised.  There is already a “war” going on which involves fighting over who gets the right to explore and who gets the right to drill in the Arctic. They are already fighting over that.  But, it’s a tug of war between environmentalists and economists.  It seems like we are the ones in the middle.  Who is consulting the Inuit?

Question: On April 1st, Nunavut, officially turns 14 years old.  What does the future hold for the youth of Nunavut?

PA:  The future?  It’s up to the young people now.  They have all the opportunities that we didn’t have.  The world has gotten a lot smaller since my parents arrived on these shores on Cornwallis Island.  I believe there is a future for young people right now.  The curriculum in the school has improved a little bit, although it was forced on us.  But the methods are a little better now, than before.  The youth have got opportunities now, because we are well aware of our rights right now. And we know how we ended up here. 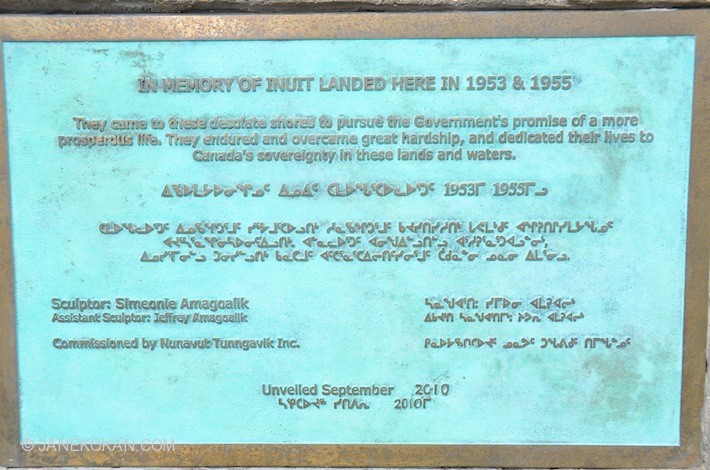